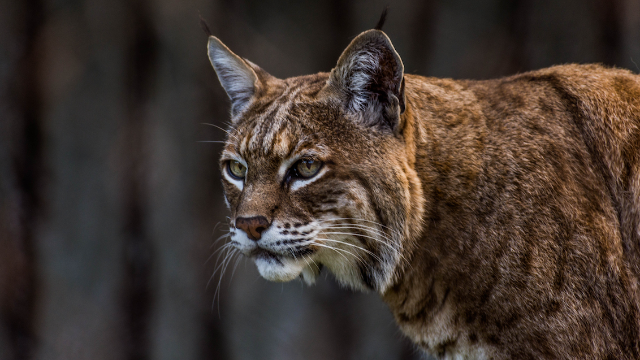 Guy brings home lost cat and tries to find its owner, soon realizes he made a huge mistake.

Sometimes trying to do the "right" thing can go very, very wrong. That's what happened recently to a man in Richmond, Virginia who tried to rescue a "cat" he found with its head stuck in his fence. But there's one (huge) problem, as you may have ascertained from my use of quotation marks: it was not in fact a "cat"—at least, not the kind of cat you want to bring in to your home. The attempted Good Samaritan posted photos of the "cat" (not a cat) on Craigslist in hopes of finding its owner. He writes:

FOUND cat last night was stuck in between my fence screaming it’s head off. i brought it inside because it looks too big and healthy for a stray and dogs here escape often and will eat cats that get out. it is very thick and has little stripes and spots on its legs and big white round spots on the back of its ears, only thing that looks wrong with him is he doesn’t have a tail but it doesn’t seem like anything new. He is very vocal ( and mean!!!!) I think he is a tabby and bengals mix maybe some Maine coon because he is just so big and chubby. i took most of these pics last night so the lighting makes him look brown but he is actually more gray. He was very hungry. please if u r his owner contact me ASAP i can not keep him here because as cute as he is, he is CRAZY and has gotten into everything in the house in 1 night and is EXTREMELY AGGRESSIVE!! Even though I am almost sure this is someoneones pet unfortunately if no one contacts me soon enough I will have to take him to a shelter. By Sunday night most likely I will have to take him in. Almost lost my fingers this morning trying to pet him. Has been growling and hissing and calling all morning He is just a big grouch. Please text or email .