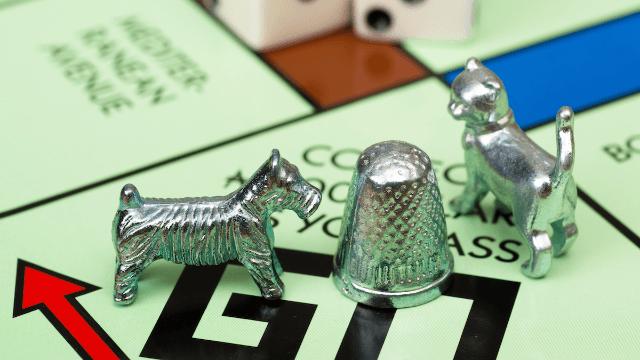 RIP thimble, hello t-rex: Monopoly has some new game pieces for you to fight over.

Monopoly has spoken: Boot, wheelbarrow and thimble are out. T-rex, penguin and rubber ducky are in. All is fair in love and board games, and that's just how it is.

What incited the shake up? I cannot say for sure, but personally I think it is very clear that Monopoly is making commentary on the denigration of blue collar work in America. A boot, a wheelbarrow and a thimble? Do you really think it is just coincidence that the three game pieces that were ousted represent the tough manual labor jobs that have all but disappeared? Of course it's not!

To select the new game tokens, Monopoly had fans vote for what they wanted, CNN reports. Is this the world we live in now? A world where soft millennials get to play a game about the ruthlessness of capitalism with a freaking RUBBER DUCKY?? This makes me ill. Not to mention, nobody will ever get to play another game of Monopoly again, because everyone will be too busy fighting over who gets to be the t-rex until we get old and die. Is this what you all wanted???