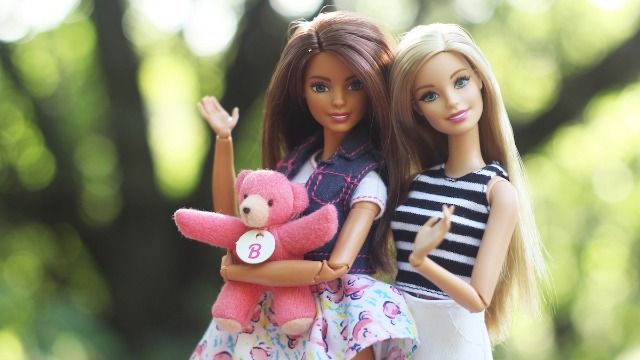 People on Twitter react to rumors that Barbie has a girlfriend now.

Barbie™, the original Kardashian, may promote unrealistic body standards for women and girls. But at least she's also promoting a positive message about LGBTQ love—at least according to rumors, now going viral on Twitter, that the iconic doll ditched Ken and now has a girlfriend.

The rumors about Barbie's sexuality actually started back in 2017 when Mattel posted this photo on Instagram of Barbie next to singer and LGBTQ ally Aimee Song as part of a campaign to promote LGBTQ awareness.

Proud to wear this “Love Wins” shirt with @songofstyle! Did you know that her exclusive t-shirts benefit different causes and non-profits? Such an inspiring initiative and fabulous few days I have spent with Aimee, she’s a doll! 💖 #barbie #barbiestyle