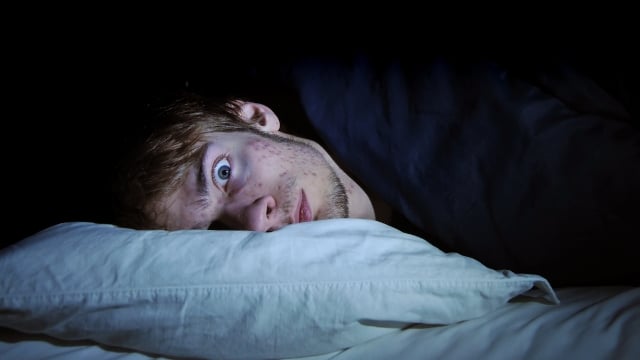 22 people share the creepiest things that have happened to them while living alone.

I absolutely love living alone. But it can be creepy—especially at night. Are unexplainable weird noises worth not ever again having to ask a roommate to wash their casserole dish? Absolutely.

Someone asked Reddit: "what is your creepy story of living alone or being alone in the house?" These 22 scary stories from people who live alone make having roommates seem like a pretty good option....

One night I was waiting for something to finish in the oven, so I started washing dishes. Once my food was cooked, I sat in front of the tv to eat dinner. I live about 15 miles out of town and don't have any close neighbors. I could hear what sounded like a truck idling. Because I'm in the middle of nowhere, sound travels. Sometimes something that's a mile away sounds like it's pretty close, so I didn't pay much attention.

It idled for 5-10 minutes, then sounded like it was slowly driving away, then briefly stopping, then slowing driving off again. I've got a long driveway, about a third of a mile, so it sounded like someone drove down my driveway, then turned back onto the road and drove off.

Whatever. Anyways, after dinner, I went back to finish the dishes and had no water. The only thing I could think of was that maybe the breaker had tripped for the well. On the pole outside, there's a breaker box that only has a couple of switches and a main switch. The smaller switches control the well pump and an outlet. The main line to the house isn't on that switch, it goes to the breaker box inside the house.

I get to the breaker box outside and the door is open and the main breaker is off. So the noise that I heard was someone shutting off the breaker and waiting outside. I guess they thought it would shut off power to the house and I'd come outside to investigate. I locked my gate for the night and then again when I left for work that next morning. It rained most of the day, and when I got home, I could see where someone had pulled up to the gate, found it locked, then did a 3-point turn around in my drive. I locked my gate at night for a long time after that, but I always lock it when I'm away and keep a shotgun and a .357 handy now.