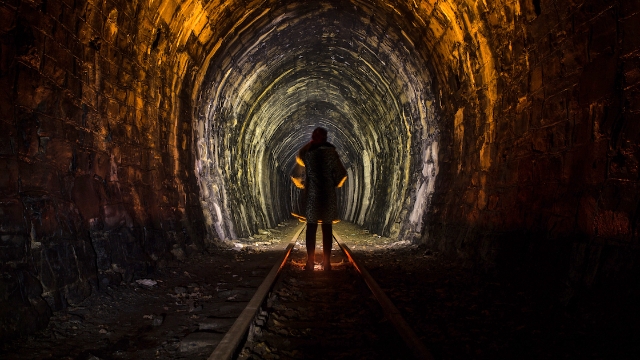 25 urban explorers share the creepy moments when they realized they were not alone.

"Urban exploration" is not for the faint-of-heart. You never know what you might find while venturing in to abandoned buildings, closed-down psych wards, or other human-made structures no longer inhabited by humans. But the creepiest thing you can encounter while exploring uninhabited places are unexpected signs of life. The only thing scarier than being alone in this kind of situation is suddenly realizing you are not alone.

Someone asked urban explorers of Reddit: "what is the creepiest 'We're not alone' experience(s) you've had?" These urban explorers (and a few rural ones) share chilling stories of discovering they had company when they least expected it:

I was on the other end of this. There was an abandoned nunnery on the coast behind a suburban development, a very creepy but beautiful place. I loved it because it had an entirely stone chapel, any sound you made inside had true reverb- an echo a second long almost. I brought a friend in to make some recordings in the dead of night, as we’re leaving a group of laughing neighborhood kids came in on us crouched in the dark over a bunch of electronics. They ran faster than I’ve seen anyone run before