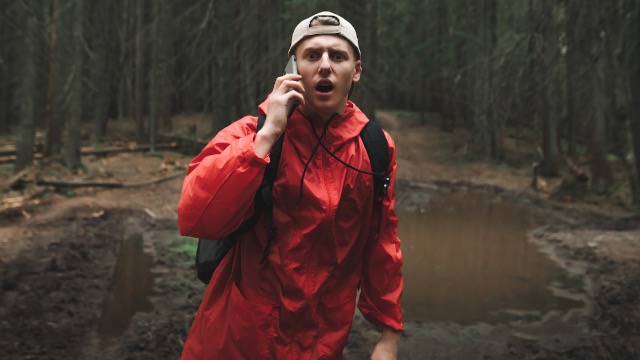 19 people share the moments they realized they needed to leave a scary situation ASAP.

Our gut instincts exist for a reason. So if you ever find yourself thinking, "I need to get out of this [place/situation], now!" you should probably listen and GTFO. Sure, you could be wrong. But if you're right, it could save your life.

Someone asked Reddit: "what's your 'WE NEED TO LEAVE NOW!' moment?" These 19 people share harrowing stories of the moments they realized they were in danger and escaped just in time:

A few instances from mountain climbing/backpacking:

On the summit of Mt. Adams, a 12,500 foot (dormant) volcano in Washington state. The wind suddenly picked up very strongly as we were packing up lunch and about to descend. We looked up and saw what I can only describe as two horizontal tornadoes sucking up loose snow from around us. We basically ran/fell down the 50-foot snow slope from the small summit to a larger plateau below as the vortices descended to where we were just a minute before. We booked it across the plateau to the main slope, and then did a glissade (controlled sitting descent using an ice axe for rudder/brake) down a 3,000 vertical foot snow field in 15 minutes (it took us four hours to climb up the same snow field).

On a 13,000+ foot ridge in the Sierra Nevada Mountains, in Sequoia National Park. Light puffy clouds in the morning quickly built up to thunderstorms as we crossed the pass to get to the camp for that night. We could actually feel and smell the static electricity in the air as lightning began to strike. Again, descended as fast as humanly possible.