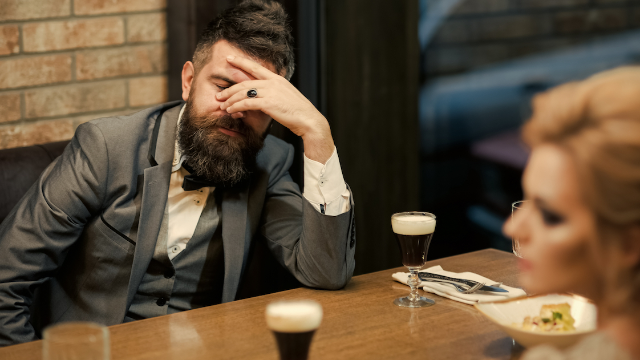 Woman tells date she's 'only here for a free meal' so he pays his part and sneaks out.

Though historically, men have been expected to pay the entire bill for a date, time they are a changin'. And as we move towards a society where women are treated equally to men, many heterosexual daters are now opting for the more democratic option of "going Dutch" aka splitting the bill. This seems like a pretty fair solution, unless one person makes significantly more money than the other, in which case that person should probably pay more regardless of gender, right? But a lot of people still think a man should pay for the whole date, despite the sexist connotations.

Recently, a guy shared on imgur about a nightmare scenario in which he went on a date with a woman who agreed they would split the bill, but then backed out of the agreement after running up a huge tab.

The guy says that he asked his date in advance if they could "go Dutch" and explained what that would mean. She agreed.

So a friend of a friend introduced us. I noticed she was wearing a Nirvana t-shirt so we talked about the Nirvana and Foo Fighters. I thought I was going well. I asked her if she wanted to get dinner sometime and she said yes. We traded numbers and she called me two days later, I let her pick the restaurant, and said "we'll go Dutch." After I explained what "Go Dutch" meant she agreed and the date was set.