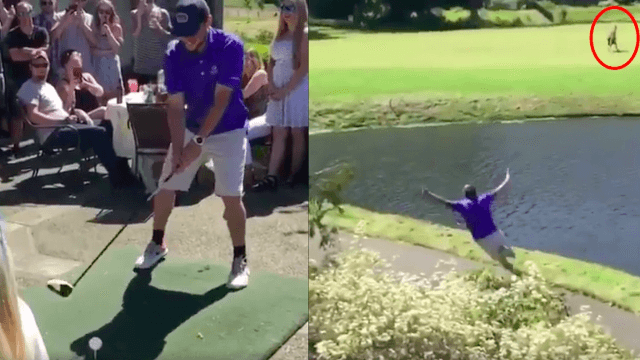 Suit up, internet. We've got another mystery to solve.

Earlier this week, a baby gender reveal video was posted to Twitter. The video featured a dad-to-be hitting a golf ball to reveal the gender of his new baby.

After it's revealed that the baby is going to be a boy, the man yells with excitement and takes off running in celebration. It's a cute video, but some eagle-eyed Twitter users spotted an odd-looking figure making its way across the golf course.

And, of course, Twitter users immediately took it upon themselves to figure out what the mysterious creature was.