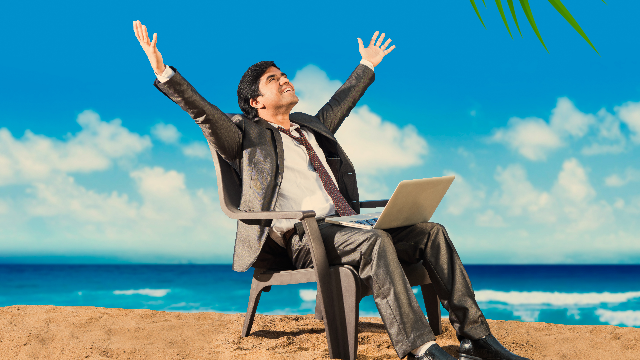 While most of the country was trudging through a dreary week in February, a random internet hero named Reid Hamlin was on the beach. The beach that is the internet, if you follow the metaphor (it's not great), turning Amazon reviews into comedy gold.

First of all, acquaint yourself with "The Beach Behemoth Giant Inflatable 12-Foot Pole-to-Pole Beach Ball."

The man next to the Behemoth Ball is for scale, and let's assume he's a regular sized man and not an action figure meant to trick us.

The overall reviews tag the Big Ball with a 3.3/5 rating out of 33 reviews, but Reid only awarded it two stars.

The reason he docked it a few stars had a lot to do with the "children screaming in terror at the giant inflatable monster" as it rushed down the beach at an astounding 40 knots.