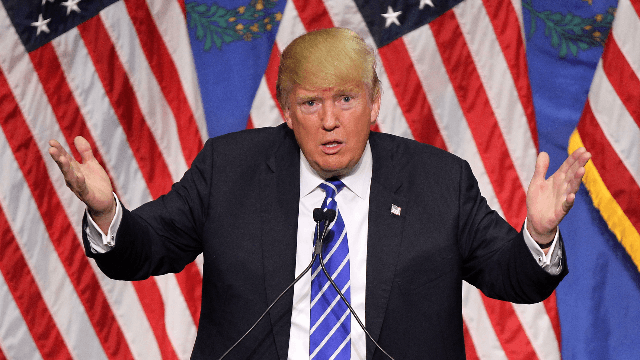 Um, turns out Donald Duck upside down is Donald Trump.

A beautiful contest over at B3ta.com led to the discovery of a lifetime. A "Donald Trump image challenge" turned out this mesmerizing revelation:

For further reference, here is Donald Duck, created in 1934 by Walt Disney Productions and described by Wikipedia as "famous for his semi-intelligble speech and his mischievous and temperamental personality."

Meanwhile, here's Donald Trump, created in 1946 by Fred and Mary Trump, and also famous for his semi-intelligble speech and his mischievous and temperamental personality.

Well. By the way, here's Donald Trump if he sounded exactly like Donald Duck.

All we need now is to match the cartoon duck-Trump image with the real-life duck-Trump voice. Get on it, internet.