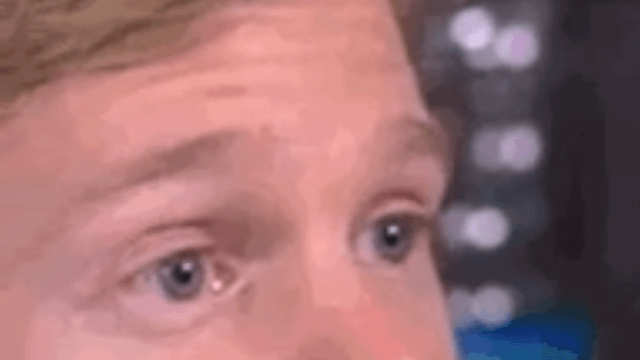 This GIF of a guy blinking in surprise is the reaction meme taking Twitter by storm right now.

In the year 2017, there's almost no bit of news that doesn't merit a moment of surprise as we attempt to process what we're hearing. "President Trump fabricated a terrorist attack in Sweden." "A YouTuber is eating photos of Jason Segel." "Lana Del Rey's new single might be the best of her career."

At any such revelations, we can only offer a fluttering series of blinks:

That GIF, which depicts Drew Scanlon of video game website Giant Bomb reacting to a colleague's mention of "farming with my hoe," has been in circulation since 2015, according to Know Your Meme. But it's recently found a second life on Twitter, where people are finding all kinds of uses for it.