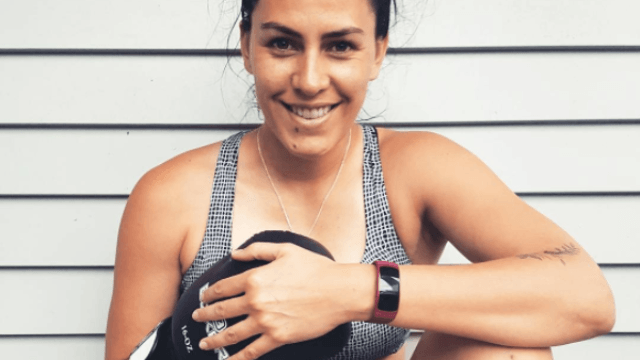 Woman learns stranger has been using her pics to catfish a man for seven years.

Makaia Carr, a popular fitness blogger from Aukland, New Zealand, was shocked recently when she received a message from an American man she had never met. The man, a professional boxer, claimed that he had been in an online relationship with a woman for seven years, all the time unaware that he was being catfished. This woman had been sending him pictures from Carr's various social media profiles since 2010. Carr was so disturbed by this revelation, she posted a warning for other women on her Facebook page.

🚫WARNING FOR EVERYONE🚫 - 2 things happened today that has made me want to share them both with you. One happened...

WARNING FOR EVERYONE- 2 things happened today that has made me want to share them both with you. One happened directly to me and creeped me the fCk out!

1. I saw a video shared on Fb today from an Australian radio station where a mother shared an incident that happened to her daughter on the popular children's app musically. A man set up a profile and pretended to be Justin Bieber sending messages out to young girls saying if they send him naked photos he would choose 5 girls and call them to chat directly to them on the phone. How scary is that! I'm so glad the mother came across this and went to the radio and shared it. We all need to be so involved in our kids action online - not just social media but gaming apps as well.

2. And the next thing is crazy and creepy AF! I was contacted by a guy in America today who thought he was talking to me online for well over a year and forming a relationship. He started to suspect something late last year and found out there was a woman in Auckland pretending to be me. She was using photos from my social media channels and making weird stuff up, even pics of my friends, giving them all names etc. I have her email, cell number (given by the guy) and have found her on FB. I don't want to contact her directly but am a little creeped out by this and feel really sorry for the guy who was being pretty much catfished!

I've shared this and the pics below so people can see just how easily this can be done (my friends are aware of me sharing their pic too) and encourage awareness for not only our children's safety but our own and also highlight that it doesn't just happen to kids but also to adults!

Has this happened to anyone else? What did you do?
I considered contacting the police but she hasn't hurt me and not sure she's actually done anything illegal? Thoughts?