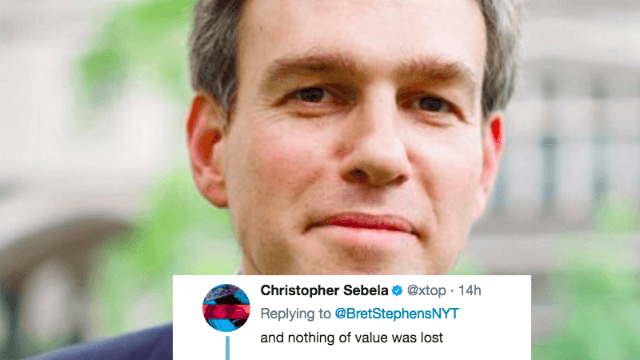 Ever since the New York Times did itself the bizarre disservice of hiring conservative climate change denier Bret Stephens as a columnist, critics have been roasting both him and the newspaper. And apparently the drubbing has taken its toll, because this little snowflake has decided to quit Twitter for good.

Naturally, he wrote a column about it (for the love of god, don't waste one of your 10 free monthly NYT clicks on this dreck) and promoted the piece on... Twitter.

I'm not sure what kind of reaction he expected or hoped for, but if the flood of ecstatic farewells is any indication, his presence will not be missed.