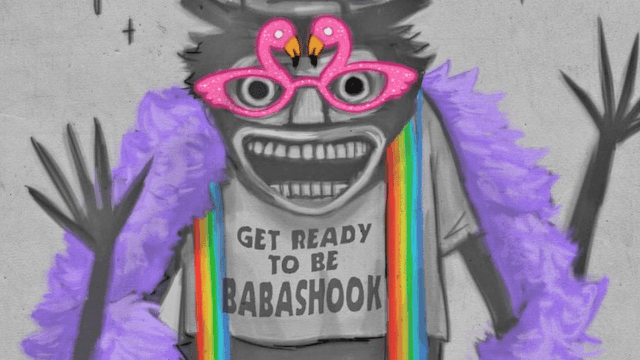 Scary horror monster 'The Babadook' has become a gay pride meme and it's amazing.

As the country rejoices in pride month, an unlikely new hero has emerged to plaster the internet with celebratory memes. The terrifying villain from The Babadook, a 2014 indie horror film, is apparently a gay icon now.

There are several theories as to how this happened—none of which matter, but we'll tell you anyway. Scroll down for that, even though the only important thing is how the Babadook is out of the closet and proudly marching through the streets of Meme City waving a rainbow flag.

The Babadook celebrated his first pride this year pic.twitter.com/VEHsnLhUYx