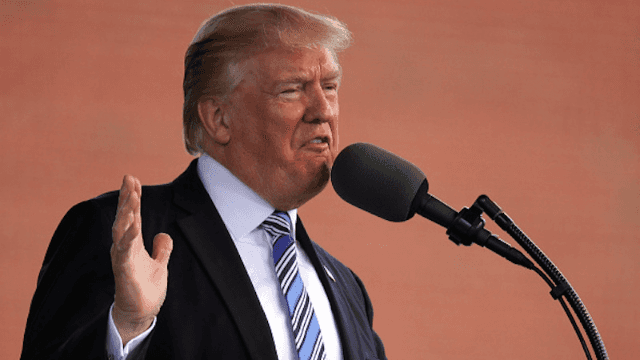 Trump accidentally tweeted a single word, then deleted it. Everyone wants to know what it means.

With the whole world living in fear of what Donald Trump might tweet next—and wondering how it will lead to World War III—the president's account is closely watched for even the slightest clue as to his current mental state. So when he accidentally tweets something, it doesn't matter how fast he deletes it: We've already seen what he said.

Guessing this will be deleted. pic.twitter.com/utjRPxHcPq

Yes, on the afternoon of May 13, 2017, Trump decided to tweet the word "We," then deleted it. Was that the whole message, or was it the beginning of a tremendous tweetstorm? Because it made people feel like they'd just watched the cliffhanger ending of a prestige TV show's season finale.

He deleted this... But is Trump practicing his color war cheers for camp this summer? pic.twitter.com/JNGtu3qiaj