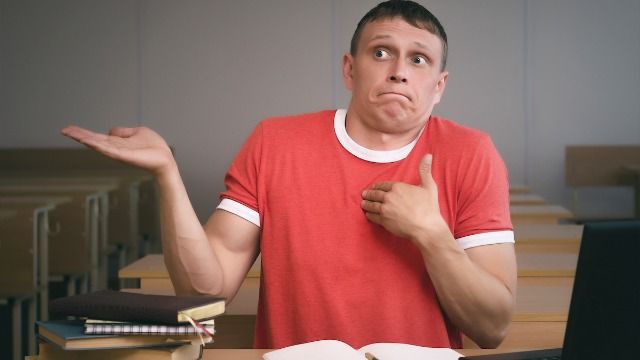 17 teachers share the craziest excuse a student used that turned out to be true.

Students are known for pulling out all the stops when coming up with their reasons for missing class or being late with an assignment. So it's natural for teachers to be suspicious when listening to students' excuses. But sometimes, real life has a way of being just as wild and colorful as anything a kid or teenager could make up.

Someone asked teachers of Reddit: "what's the craziest excuse a student has told you that actually happened to be true?" These 17 teachers share stories of wild student excuses that seemed made-up, but weren't:

I taught a non-credit ESL class for adults. I had a very polite young man from an African country in my class who would sometimes be absent for 2-3 days in a row. It wasn’t a huge deal because our class only had one pretty basic exam at the end of the course. When I asked him why he had missed class (out of concern—sometimes I had students with major family problems or illnesses or whatever), he would just say vaguely, “I had to go out of town.”

One night I went to a game of my local pro indoor soccer team, and there was my student, announced as part of the starting lineup! He was “out of town” because of the away games.