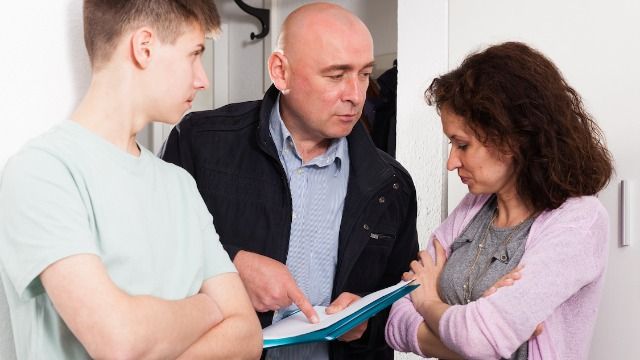 Woman asks if she’s wrong to refuse to pay HOA fine after her son violated curfew.

A homeowners association (HOA) is responsible for making and enforcing rules for a subdivision, condo building or community living situation. But mostly they're known for being a huge pain in the butt.

One woman shared her story on Reddit's "Am I The A**hole?" forum asking if she was wrong to curse out her building's HOA after they tried to get her 17-year-old son to pay a fine for violating the building's 9:45 pm curfew.

The woman explains that her "dumba**" HOA imposed the curfew for anyone under 18, because of a problem of local minors doing drugs and drinking in a nearby park. The curfew did nothing to solve the problem, she explains. Instead, young people in the building end up spending the night at friends' or neighbors' houses so they won't get in trouble.

My dumbass HOA imposed a 9:45 pm curfew for those under 18 in our HOA. Mostly because of minors drinking and doing drugs in a park and playground. I think there may have been some graffiti and vandalism. Seems pretty reasonable right? to f**k over everyone else for the actions of a few, which btw has done f**king nothing to stop whoever is doing this. The problem actually got worse after the curfew, but now whenever kids lose track of time, they end up having to spend the night at neighbor's houses in fear of getting in trouble with the HOA for breaking curfew. This is as f**king stupid as laws banning guns or drugs.