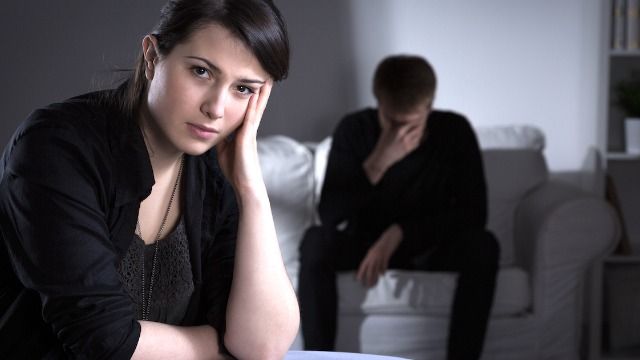 Woman asks if she was wrong to out gay ex-husband to get his mother off her back.

There are almost no circumstances in which it is acceptable to "out" another person as LGBTQ. Even though there's nothing wrong with being not-straight (I mean, it's 2022, who's fully straight anymore??), the choice to share one's sexual identity is one that an individual should be able to make whenever they're ready, if at all.

But are there certain instances where it's morally acceptable (or at least understandable) to out someone? The following story may just qualify, but I'll let you be the judge. So get your gavels ready.

A woman took to Reddit's "Am I The A**hole?" page to ask if she was wrong to out her gay ex-husband to his family after his mother wouldn't stop blaming her for their breakup.

The woman explains that her soon-to-be ex-husband was "using" her to have kids, while cheating on her throughout their relationship:

It’s a long and sucky story, but my (25F) soon to be ex (28M) is gay and hid that from me. I found out because I caught him cheating and he as much as admitted that he knew he wasn’t attracted to me that way, but he wanted kids and a “normal” life. I don’t care that he’s gay, but I will never forgive him for leading me on so he could use me to have kids, so it’s over, end of story.