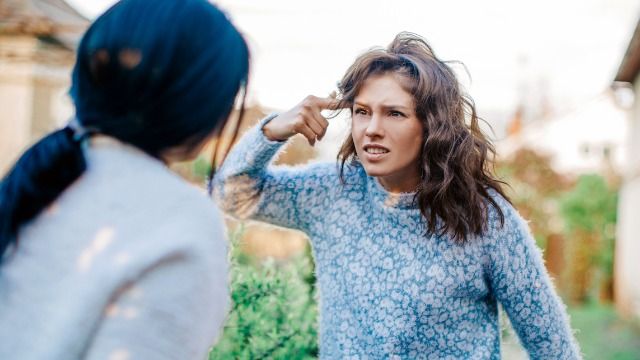 Woman asks if she was wrong to tell cousin that her fiancé is cheating.

Family is complicated. But whatever drama you have to look forward to this Thanksgiving, it's probably not as messy as this woman's story.

A 27-year-old woman took to Reddit's "Am I The A**hole?" community to ask if she was wrong for outing her cousin's cheating fiancé in the lead-up to their wedding. But wait, there's more....

The woman says her cousin. "Alexis," is like her sister. Unfortunately, in the past Alexis had a habit of "stealing" her cousin's romantic partners.

Im 27(f) and my cousin 27(f) is the same age as me me (i will call her Alexis.) We were raised like sisters, except she treated me weird always and always makes me feel bad somehow. my very first boyfriend she stole, and had sex with. She made this a habit, she would try to sleep with any guy I was interested in, and was even succesful twice. I'm also bisexual and shes straight, and she even hit on girls that I've dated then denies it.

But now, Alexis is getting married. Her cousin (who is bisexual) recently introduced Alexis and her fiancé to her new girlfriend. It went well. At first.

As an adult she apologized and we made amends, I thought she grew out of it. Now shes getting married, and invited me. I was dating a girl for a few weeks so I asked to bring her and Alexis said yes. Me and my new girlfriend went over to Alexis place together, I met her fiance and they met my GF. It seemed to go fine. We talked about dresses and wedding things.