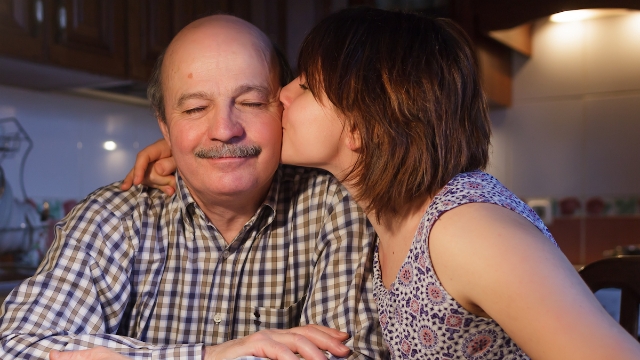 Dad asks internet if he should tell his daughter's fiancé that she's mentally ill.

It ain't easy being a dad—take it from someone who has a dad who has had to bail me out of more bad decisions than I can count. Let's just say he's more than earned that funny Father's Day card with a joke about all the money I owe him, lol.

A dad recently took to the sub-Reddit "Am I the Asshole?" to seek advice on how to handle a particularly sticky situation involving his soon-to-be-married daughter. He seems like a loving, supportive dad, but his daughter is harboring a dark secret from her fiancé and has no plans to tell him, despite her dad encouraging her to. So now her dad is wondering if he is an asshole for wanting to disclose this secret to the fiancé, in the interest of honesty and respect for his future son-in-law, who he "really likes and respects." It's a bit of a doozie, since she shouldn't be lying to her fiancé, but also it may or may not be the dad's responsibility to clear the air. Here's the story and I'll let you, dear reader, decide if this guy's in the right or in the wrong for wanting to spill his daughter's secret. He writes: