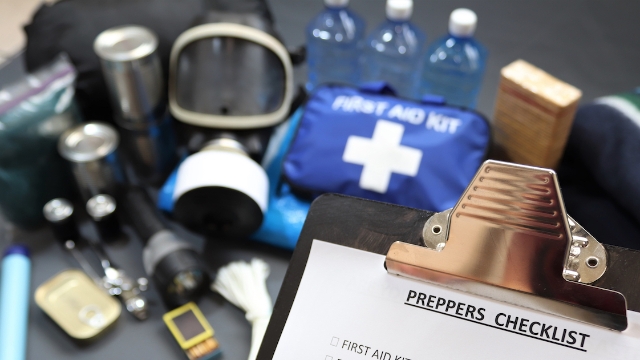 Children of doomsday preppers share what life was like getting ready for the end of the world.

"Doomsday preppers"—people who are prepared for an apocalyptic emergency—tend to have a reputation as being a lil bit crazy. But given the current state of the world, they might actually be the sanest people around. It can't hurt to be prepared, right?!?

These 19 people share what it was like growing up when your family is preparing for the end of the world:

The "the world's gonna end" panic-mentality mostly comes from my mom's side, and it usually happens in waves. Things will be chill for a while, and the all of the sudden packages with no-electricity hand-crank radios and portable generators will show up at our door. She claims that she makes "ambient purchases" while half-asleep, but I think she really just that paranoid.

A few times, she's mentioned buying a cow. For its milk. Incase we're forced to live off the land or whatever, so we can still have milk. And after explaining to her that no, we absolutely do not have the room or faculties to take care of a whole-ass cow, she starts up with the same line of questioning, but asking if we can get a goat instead. We don't even have a front or backyard.