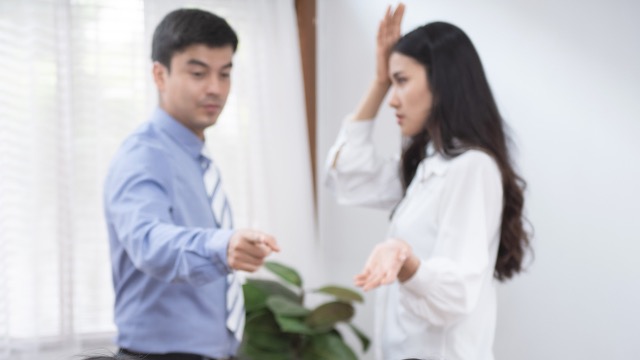 19 stories of people who found out a parent had a 'secret family.'

Every family has a secret. But a parent having a "secret family" on the side is the kind of secret that soap operas, and a lifetime of therapy sessions, are made of.

Someone asked Reddit: "to those people who found out their parent had a second secret family, how did you discover the truth? What happened afterwards?"

These 19 people share personal stories or stories of someone they know who either found out they had a secret family, or were themselves kept a secret:

After my parents' 10th year anniversary church wedding, someone called the church registrar saying that she was the legal wife. The secretary from the registrar proceeded to call my mom to inform her about it. My mom did investigations on her own a full week after the event. And eventually found out that my dad now has a daughter with his mistress, and has been staying with them 5 days in a week. His excuse was always "work is hectic so I might as well stay at someone's place". Yeah right lol. Mom decided to break the relationship (annulment is expensive from where we live. Divorce is being discussed in the supreme court), and the whole family was in chaos. Grandparents (father side) wanted custody of four of us (me and my 3 brothers), but we fought til they gave up because we saw how distraught our mom was and she only had us for support (our aunt and grandma were living a bit far from where we were). They had a final "meeting", asking why my dad decided to cheat for the nth time. He said because "i am a weak man and you are too trusting so i decided to cheat on you again". A few years later he decided to take away our educational plans and life savings because of gambling addiction. His parents were holding it for us that time because brothers and I were still minors. He forged their signatures and was able to encash all of it.

So, yeah. 15yrs after that, we barely have contact with him, but we know he has a new family (again). We actually saw him again during my second brother's funeral 2yrs ago, didn't communicate as much. Mom is doing okay. Brothers and I are doing okay. Just have terrible trust issues.