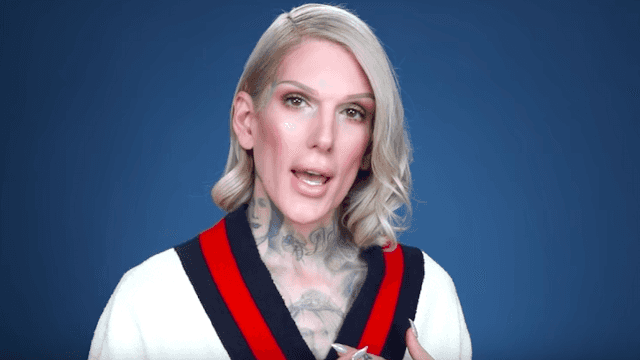 You may know Jeffree Star as the makeup vlogger who famously called out Kylie Jenner for her crappy lip kits last year. Or maybe you follow one (or all) of his hugely popular Facebook, Instagram, Twitter or YouTube accounts, or buy his successful cosmetics line. Or maybe you remember him as the "racist" who beauty blogger Stephanie Nicole called out last year. And apparently she wasn't the only one.

Yesterday, Star uploaded a 15-minute apology video titled "RACISM," to YouTube. In it, he addresses the "disgusting, vile, nasty and embarrassing" [RACIST] comments he's made in the past, specifically videos that surfaced last year that he recorded 12 years ago, when he was 19 (more details on that here).

"I think that racism is a very serious subject—especially in today’s world," he says in the video. "I’m embarrassed as a person because that is not what I’ve ever stood for. I’m all about self-expression, self-worth, and self-love. I think it’s awful that you guys have to see me in that light."