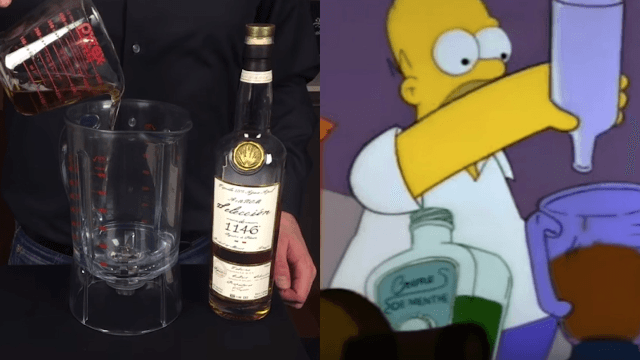 'Simpsons' fans can now make The Flaming Homer, thanks to this bartender.

The Simpsons has been on the air for 28 seasons now, and in that time, Homer, Marge and the gang have enjoyed their fair share of alcohol.

But sadly, the unique cocktails of Springfield have never come to fruition in the real world. That is, until now. The bartender behind the Cocktail Chemistry YouTube channel decided to recreate some of the cocktails mentioned over the years on The Simpsons.

The bartender recreates two versions each of three beverages that were mentioned on The Simpsons. He makes the first version exactly as it was described on the show, and then makes a second version where he tweaks the recipe to make it a little more modern. (Or, you know, actually drinkable.)