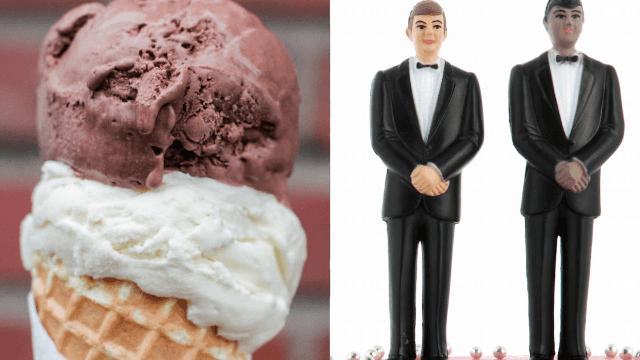 Ben & Jerry's is coming for your ice cream to take a stand for marriage equality.

Ice cream masters Ben & Jerry's have announced that their Australian stores will no longer allow customers to order a double scoop of the same flavor ice cream until Australia makes same-sex marriage legal. The reasoning seems to be, if two people of the same sex can't get married, then two scoops of the same flavor can't go together in one cone.

Australia, why are we lagging behind with #marriageequality laws? https://t.co/T3FxxY0oCQ pic.twitter.com/TmtofPZC6M

In a statement titled "Love comes in all flavours! It’s time for Australia to legalise marriage equality" on the Ben & Jerry's Australian website, the ice cream moguls wrote about why they've decided to change their scoop policy. It begins with a statistic: