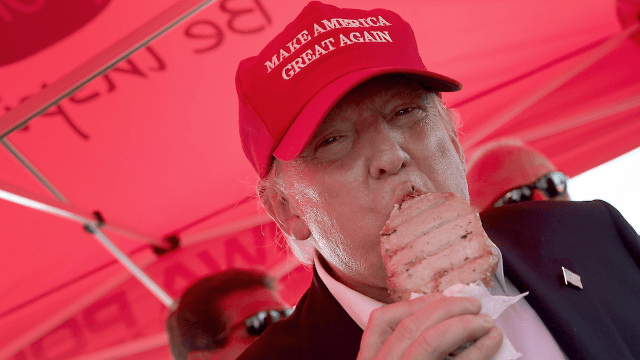 On January 26, mere days before the visit of Japanese Prime Minister Shinzo Abe, Florida health inspectors checked out the kitchen at Donald Trump's Florida estate/club, Mar-a-Lago. What they found was unsettling, and resulted in 13 violations. According to the Miami Herald, that's a record for a fancy club that charges $200,000 in initiation fees.

Not all of the violations were considered serious, but three of them were classified as “high priority,” because of the potential for illness-causing bacteria. The inspectors found raw fish that had not been treated for parasites, and they also found undercooled meat being stored in broken coolers.