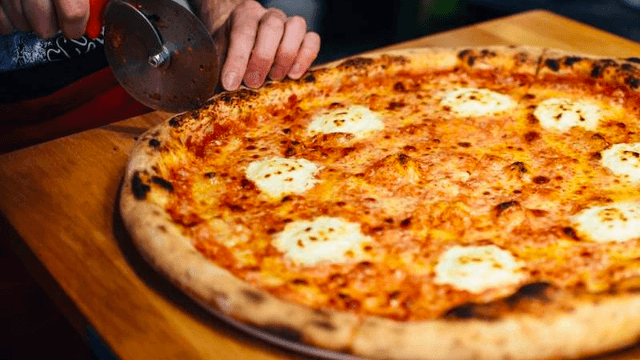 At long last, someone made a pizza topped with more than 100 kinds of cheese.

It's hard to think of a single bad thing to say about pizza. But if we had one quibble, it might be: Why isn't every slice topped with 100 kinds of cheese?

The pie-spinners at Scottie's Pizza Parlor in Portland, Oregon, apparently had a similar thought at some point, because they just broke the world record for most cheeses on a pizza with the Centouno Formaggio, which boasted 101 kinds of cheese (and perhaps as many as 103, depending on the final count). At $2 per slice, that's about 2 cents per cheese. A simply unbeatable deal.

“The Centouno Formaggio pizza is inspired by the Novantanove Formaggio (99-cheese) pizza which was depicted in 2014’s Teenage Mutant Ninja Turtles film,” according to Scottie’s website. “The year of the film’s release, world champion pizzamaker Johnny di Francesco of 400 Gradi Pizzeria in Melbourne, Australia created a 99-cheese pizza, simply to provie that it was not a ‘culinary impossibility,’ as exclaimed by Donatello in the film.”