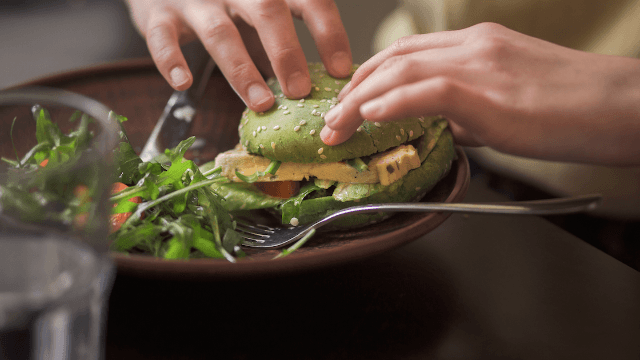 Eating out when you're a vegetarian can be pretty difficult. Vegans, who not only eschew meat but also eggs and dairy, have it even harder. Thankfully there are now more and more restaurants that cater to vegetarians and vegans. Because many people are vegan for reasons of conscience (as opposed to just dietary restrictions), it makes sense that they don't want to buy, handle, or cook meat at all in the restaurants that they have opened just to serve vegans. But one man sort of missed the boat on that, leaving a one star review for a vegan restaurant called V Rev Vegan Diner in Manchester. His complaint? No meat. Hmmm.

His review, titled "Vegan with no option for non vegan," basically centered on the fact that "[they] dont give choice to other like another restaurant." That's sort of like complaining when you go to a Catholic church that you can't also hear a Baptist sermon. (Or something like that. I'm not great with analogies.)