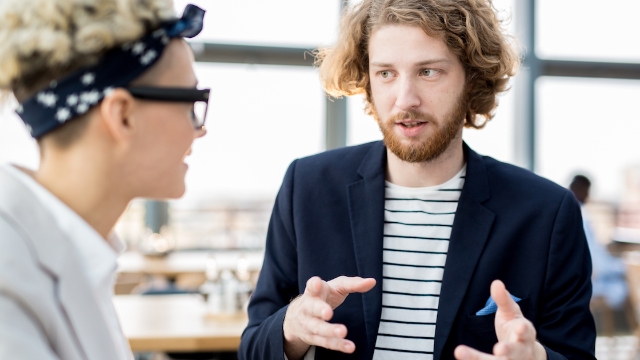 27 women share the most ridiculous things people have tried explaining to them.

Every woman's experience on this planet is different, because women are people (look it up!). And people's experiences vary widely depending on who we are, where we grew up, and a million other factors. But there is one thing that all women will experience at some point in our lives, regardless of who we are or where and when we were born or what brand deodorant we use: and that's men explaining something to us that we already know. Hell, we could have a freaking PhD in a subject and, at some point, a man will still try to explain it to us.

I once got into an argument with a man online in an ancestry group. I happened across his attempt at mapping a family line of mine (mother’s side, so I have a different surname with a completely different country of origin), that also was somehow connected to him. He was livid when he saw that one of the people in this family line was recorded as having died in New York, when everyone knew she lived in San Francisco her whole life and had no family recorded in New York. He went ahead and made a public correction to the family line, while grumbling about how people really need to check sources.

When I corrected him, saying that she really did die in New York, while staying with her daughter and her daughter’s family, he so kindly explained that I was a fucking moron.

Except I was there when she died. In New York. She was my great grandma, I was a preteen at the time, and he absolutely refused to believe me, even going so far as to claim I falsified her death certificate. I legitimately can’t figure out why he was so emotionally invested in her and to this day my family and I have a running joke where, when anyone goes anywhere (the store, vacation, work, etc.) we feign anger and shout “CHECK YOUR SOURCES, MORON!”