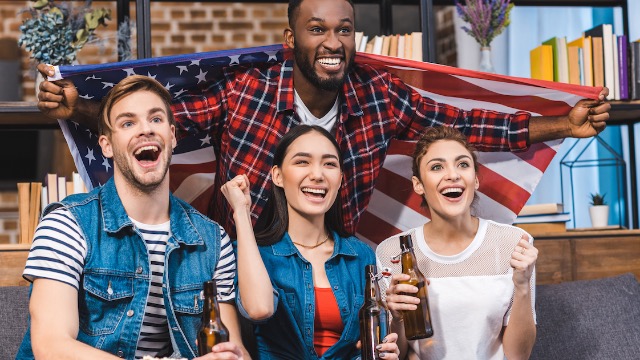 31 things that are considered normal in the U.S. that seem 'crazy' to non-Americans.

Ammmmmurica! It's the land of "freedom fries" and the home of Florida, deep fried twinkies, and school shootings. We're raised thinking we're the "best" but a lot of people in other countries just think we're the most batsh*t crazy. And they might not be wrong. Someone asked Reddit: "what's the most American thing ever that if explained to a non-American might just sound crazy?" Both Americans and non-Americans weighed in on the many, many aspects of U.S. culture that seem "normal" to us but straight-up cuckoo bananas to people in other parts of the world.

Here are 31 things non-Americans find crazy that are as American as apple pie and heart disease:

Not an American (Brit) but when I watch live streaming premier League on American channels (all legal of course) I honestly find the advertisements so strange, they're so...aggressive? I don't know if that's the right word but honestly it's a fun experience, the car adverts are the best.