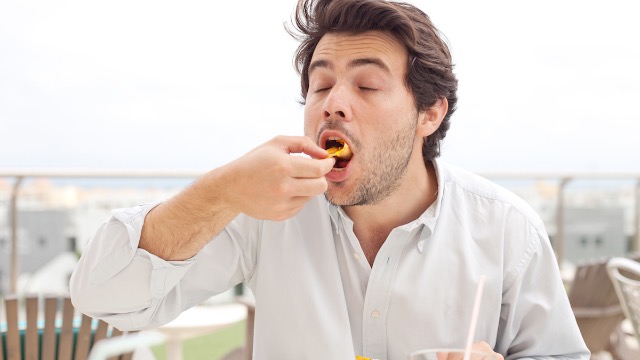 22 people share their habits they didn't realize were weird until someone pointed it out.

Everyone has habits. There are "normal" ones (drinking too much coffee, saying "like" a lot, spending hours scrolling through photos of people you've never met). And then there are the "weird" ones (one of mine is having a running one-way conversation with my dog which, tbh, would be a lot weirder if she responded). Most of us have at least one "weird" habit, and often we don't realize it's weird or different until someone else points it out. This might cause some shame, but it shouldn't. Our "weird" habits are the ones we should lean into the hardest, because they make us the unique and complex apeople that we are, as I was just saying to my dog the other day.

Someone asked Reddit: "what's a weird habit of yours you didn't think was weird until someone mentioned it?" These 22 weirdos share the uncommon habits they never realized weren't "normal":​​​​​