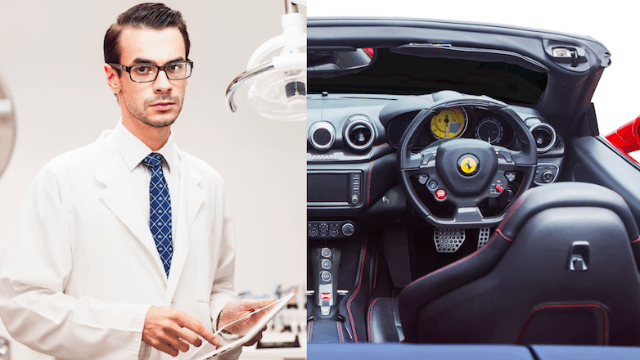 Conservative asks, 'Do you really want a doctor who can’t afford a Ferrari?' Twitter destroys him.

National Review is an irrelevant scrap of political media left over from the 1950s, but they still pretend to carry the banner of sensible conservatism into a 21st century that wants nothing to do with it. You may remember when they wrote a whole issue "Against Trump," only to completely and laughably surrender to his movement a few months later. That's just the kind of stuff you can expect from a bunch of sad old crusty white men who don't currently hold White House jobs.

Most recently, National Review turned its focus to the most recent American healthcare debacle, and wound up asking—in a column by Kevin D. Williamson—whether doctors should make way more money than everyone else, because capitalism is great, or something. Williamson argues that healthcare in not a basic right, and he concludes the piece with this stunning idiocy: