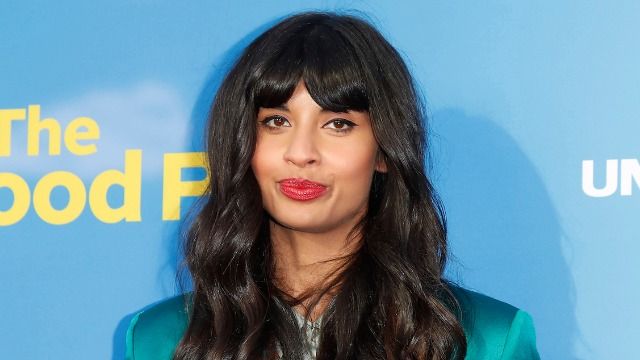 A billboard displayed in NYC's Times Square has caused outrage online after it was called out by actor and activist Jameela Jamil. The billboard shows a plus-sized woman in workout gear with her head in her hands, and it reads: "Feeling FAT and LAZY?" It also shows a photo of a fit woman, who turns out to be “wellness motivator” Deborah Capaccio, wearing the same workout gear, along with a link to her website: GetYourSparkleBackGirl.com.

Many people are criticizing the ad online, including Jameela Jamil, who called it "blatantly fat phobic and also quite ableist."

In the caption of an Instagram post, Jamil criticizes the billboard and also calls out American culture for failing to recognize fat-phobia as "hate speech," writing:

This is in so called progressive and tolerant New York’s epicenter, Times Square…

This is a blatantly fat phobic and also quite ableist ad. It bothers me to no end that we are still yet to recognize cruelty and offense to fat people as hate speech. It is still open season on fat bodies. With most of America being fat, this amazes me, how many people’s mental health we are this reckless with, under the pretense of caring about their physical health. We all know how deeply intertwined mental and physical health. It is hard to have one without the other. What is being achieved?