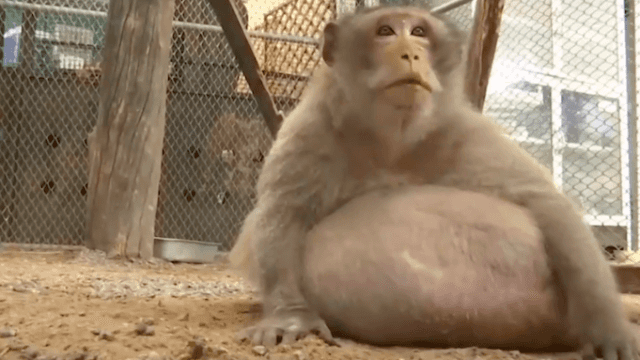 An obese Thai monkey named Uncle Fat is going on a diet, and everyone on Twitter can relate.

If you've ever struggled with a junk food addition, then you'll probably identify with Uncle Fat, a morbidly obese Bangkok monkey who was recently captured and put on a diet after images of him went viral on social media.

Known as “Uncle Fat” by locals, porky primate now on healthy diet after junk food left by tourists made him balloon. https://t.co/ReWKRyDAps pic.twitter.com/w5ZLPeiyhD

Uncle Fat is three times the weight of a normal macaque due to the fact that he's been gorging on soda and snacks given to him (or left behind by) tourists. As leader of his pack, he also had other monkeys fetch him his favorite foods, which he then sometimes redistributed among the group. A noble oligarch indeed.