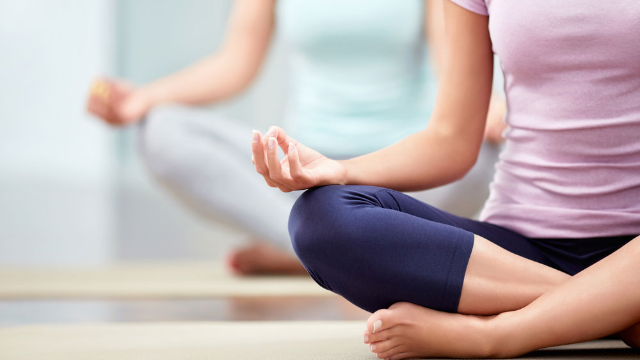 'Rage Yoga' involves anger and swearing, and if you hate yoga you'll f*ing love this.

Most yoga is calming, and involves reducing stress through breathing and poses. It's defined as, "a Hindu spiritual and ascetic discipline, a part of which, including breath control, simple meditation, and the adoption of specific bodily postures, is widely practiced for health and relaxation."

Rage Yoga is the opposite. It involves getting stress out through cursing, screaming, and aggressively posing.

Ashley of @Integrative_asana is launching her #rageyoga classes @brashbrewing in Houston on March 16! Have some questions? Go meet her at Brash Brewing tomorrow between 7-9 and ask her yourself! She doesn’t bite. Well... maybe she does. I dunno. We’re excited to see what this badass has to offer! #yoga #asana #integrativeasana #zenasfuck

You can watch a video of it here.

Madison Hudson describes it as, “A lot of people say that they were really intimidated before trying yoga. I think Rage Yoga could help some people take the seriousness out of yoga and get on the mat,” as reported on Health.