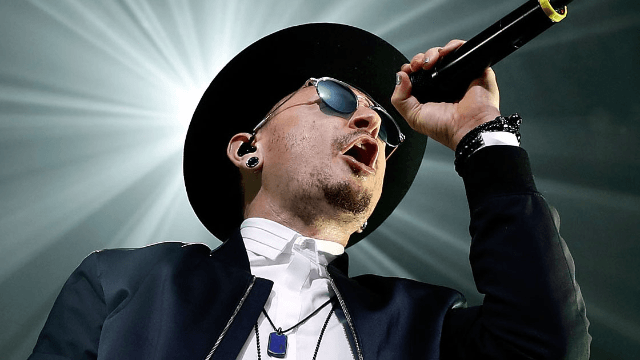 On July 20, Linkin Park lead singer Chester Bennington was found dead in his Los Angeles home after taking his own life, leaving his bandmates and the music world at large shocked and upset. Today, the late rocker's wife shared a moving photo of her husband laughing and joyful just days before his suicide. It comes with a crucial message about depression.

This was days b4 my husband took his own life.Suicidal thoughts were there,but you'd. Never kmow. #fuckdepression pic.twitter.com/2IPXxXJxmT

"This was days before my husband took his own life," wrote Talinda Bennington. "Suicidal thoughts were there, but you'd never know... #FuckDepression."

The 41-year-old frontman left behind his wife and six children. According to the New York Times, he discussed some of his issues with depression and substance abuse in a 2016 interview:

"I knew that I had a drinking problem, a drug problem, and that parts of my personal life were crazy. But I didn't realize how much that was affecting the people around me until I got a good dose of 'Here's-what-you're-really like.'"