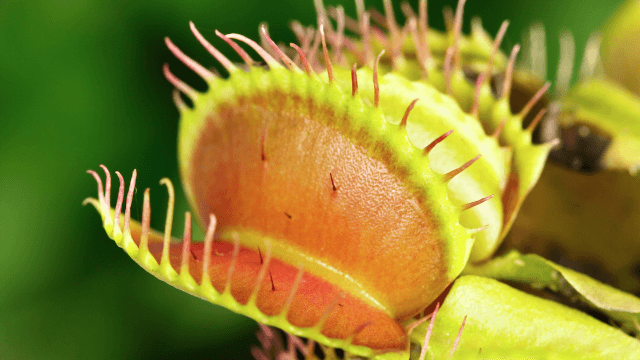 Oh dear god this one is brutal. You're already cringing after reading the headline, aren't you? Well, cringe on, because it's as bad as you feared.

Theresa Bartram, from Brighton, UK, was left with a dangerous vagina after undergoing surgery to correct incontinence after giving birth. The surgery, which took place in 2007, involved a mesh sling (called transvaginal tape, or TVT) inserted to hold up the woman's prolapsed bladder.

All seemed fine until two years later, when Bartram and her fella were having sex, and her vagina reportedly did some serious damage to his penis. Speaking to the Sun, Bartram said, “It was like it had grown teeth." (It's like a real vagina dentata!)

She continued, "His willy was bright red and spouting blood. There was a big red stain spreading between us on the sheets. After that he was scared of my lady garden and approached it as if it was a Venus flytrap and he was a bluebottle." YIKES. (Translations: bluebottle—common fly; Venus flytrap—carnivorous plant; lady garden—lady garden).