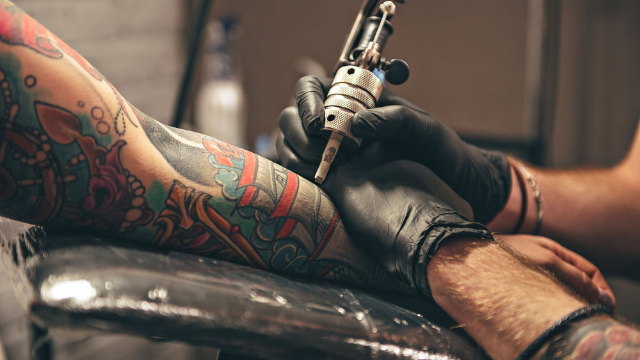 This girl's mind-bending optical illusion tattoo is starting a viral dialogue about depression.

One student's Facebook post about her struggle with depression has connected with a lot of people on the Internet.

Rebecca is a 20-year-old student at George Fox University in Oregon. Last year, she was diagnosed with depression. She felt crippled by her condition, but felt she had trouble talking to anyone about it. She discovered firsthand the social stigma that's still attached to mental illnesses, even very common ones like depression. So she decided to get a conversation going, using the favorite icebreaker of all Millennials: a tattoo. But unlike most tattoos, this one would start a conversation deeper than "Nice tat. Netflix/chill?"

As you can see, the tattoo says "I'm fine" to onlookers, but from Rebecca's perspective, the same letters spell out "Save me." It's an image she originally saw on Pinterest, and realized would have special significance on her body. Any nerds out there might recognize this illusion as an ambigram. The meaning of the image, on the other hand, is anything but a trick. It's a very apt commentary on the struggle faced by millions of depression sufferers: they're desperate to let others know what they're going through, but feel compelled to hide it at the same time.