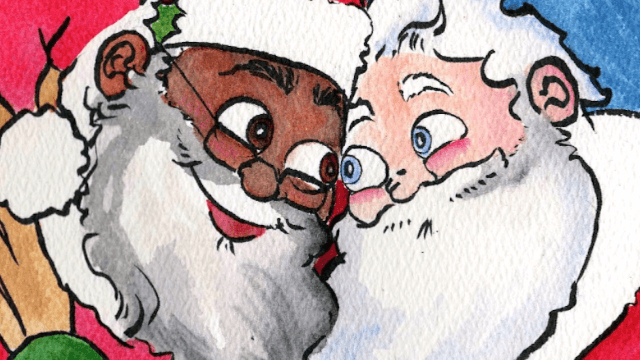 'Santa's Husband' is the children's book that will change Christmas forever.

Santa Claus is coming to town, but first he is coming out of the closet!

Daniel Kibblesmith, writer for The Late Show with Stephen Colbert and co-author of How to Win at Everything, has officially announced that his children's book, Santa's Husband, will be on shelves starting October 10th.

According to Time, the book is about a gay, black Santa who lives in the North Pole with his white husband. If Santa is busy, his spouse helps out by filling in for him and playing Santa at the mall. Aw!

The idea for the book came from this joke Kibblesmith tweeted back in December of 2016.

Me & @JenAshleyWright have decided our future child will only know about Black Santa. If they see a white one we'll say "That's his husband"