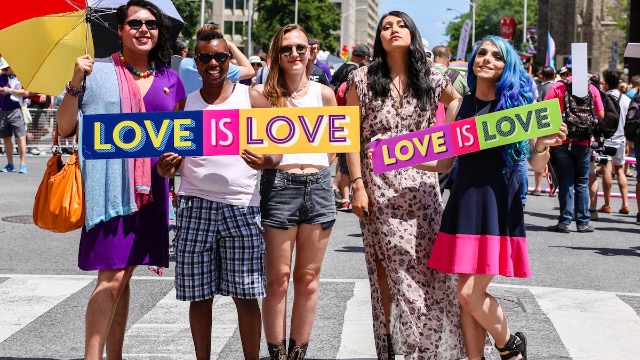 14 LGBTQ people share stories of homophobic things someone said to them without realizing it.

Love is love! And yet, the heartbreaking reality is that almost all LGBTQ people have experienced some form of homophobia in their lives. Even in a time when literally everyone should know better. But bigotry doesn't always present itself as explicit hate. More often, people express ignorant or hateful views in more covert ways, such as couching their opinions in the statement "I'm not homophobic, but..." As if that statement is a "get-out-of-bigotry-free" card. Well, it's not. If you have to precede a sentence by denying you're a bigot, bad news buddy, you're probably a bigot.

Someone asked LGBTQ+ people of Reddit: "what is your worst 'I’m not a homophobe but' story? These 14 people share stories of people being homophobic towards them without realizing it:

Worked in a nursing home, was one of the best CNAs there. RNs used to argue over whose wing I would get assigned for the day. I was going to school to be an RN, and my work ethic was extremely good.

I'd been there about 6 months when some coworkers announced they were going to the bar. (This was about 12 years ago, so LGBT+ were not accepted like they are today.) I was invited by a few of the CNAs I was friends with.

I wasn't planning on getting drunk. I wasn't even planning on getting buzzed, but I stayed too long, had too much fun, and loosened up quite a bit. One girl asked me why I was always so stand offish at work. Everything in me was screaming not to talk about it, but I did anyway.