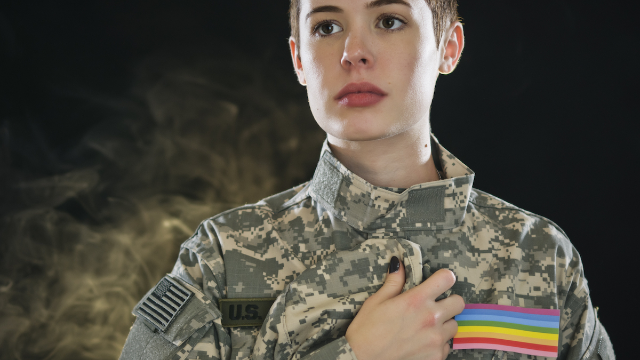 Homophobe claims Pride Month is disrespectful to the military. A veteran shut him down.

LGBTQ Pride Month is about more than partying, parades, and Taylor Swift co-opting your movement—though it is also about those things! The tradition originated in 1970 as a way to commemorate the Stonewall Riots in NYC, which would serve as a catalyst for the gay rights movement in the U.S. and around the world. Today, the month is about highlighting the struggles faced by the LGBTQ community, as well as celebrating pride and progress. Though significant progress has been made, LGBTQ people in the U.S. still face significant oppression and bigotry, with the current homophobic administration is only making things worse.

Unfortunately Pride Month is also a time when bigots and homophobes tend to resurface with their own thoughts on why the month shouldn't exist (or why they need their own parade, lmfao). Often, this bigotry is clumsily hidden behind "moral" arguments. For example, someone posted this homophobic meme on Facebook which suggests that Pride Month poses a threat to people who have served in the military, since they only get "one day" (Veteran's Day) while LGBTQ people who get a "whole month."