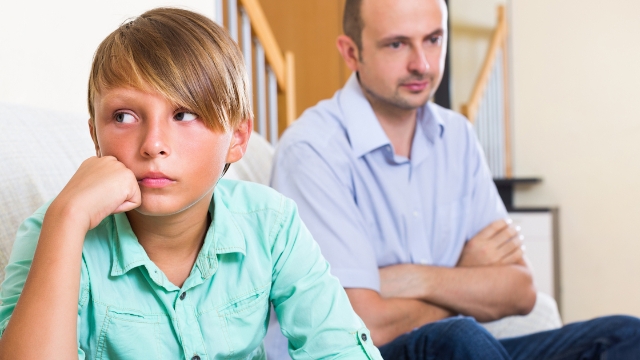 Dad of gay son asks if he's wrong for not cutting his homophobic brother out of their lives.

One aspect of adulthood that's both liberating and painful is realizing you have agency when it comes to your family. Just because you're related to someone by blood doesn't mean you need to keep them in your life, especially if their behavior is harmful to you or those close to you. Yep, it's crazy. But it's true! Thanks, therapy :) However, it can be difficult to know when and how to set boundaries with people we're related to, even when they behave really, really badly.

A dad asked Reddit to weigh in on if he's an "a**hole" for choosing to stay in contact with his conservative, homophobic brother, even though his 14-year-old son is gay.

The dad explains that he and his wife are fully supportive of their 14-year-old son coming out as gay. But his homophobic brother—the teen's uncle—apparently has a problem with his nephew's sexual orientation.

The dad says he has tried confronting his brother about his bigoted opinions, but it's clear that he's "not going to change his mind."