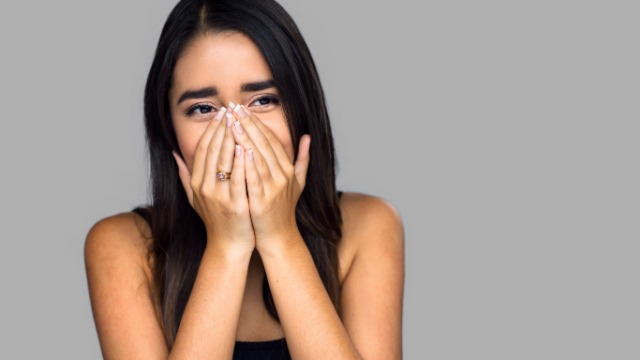 Has anyone ever had a really good first kiss? Not that we've heard of.

When you're just a teen who's learning how to put the moves on someone, it's pretty much guaranteed that your first kiss (or first few kisses) will have a touch of the awkward. A recent Reddit thread asked people to recount their socially awkward first kisses. The cringe is strong.

1. This will put you off kissing for life.

Went to kiss my grandma on the cheek and she turned her face to meet my lips on accident.

I was 16. We were watching Phantom of the Opera. I was dozing off. He didn't realize. Leaned over and kissed me. I, in my half asleep state, said "That was weird." Still embarrassed to this day. - space_boppy2000

I was 15 years old and the short version of the story is a girl made out with me out of nowhere to spite her boyfriend that broke up with her that same day. I was entirely unprepared for it and her tongue was in my mouth for 3 seconds at least before I could even process what was happening. It lasted 40 seconds or so until I was interrupted by a guy that rode the same school bus as me who completely ignored the kiss and instead asked me "Hey, so if you're an anarchist shouldn't you be wearing leather boots instead of flip-flops, you don't really look like an anarchist." - xyanon360