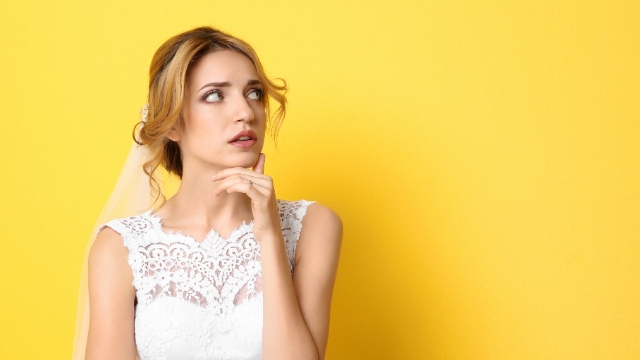 Bride asks if she was wrong to let bridesmaid 'create a scene' while kicking uncle out of wedding.

Your wedding's supposed to be your day — so what do you do when your pervy uncle shows up uninvited?

One bride decided to have her bridesmaid kick him out — but now she's wondering if she went too far. She took to Reddit for advice about the sticky situation.

The back story: her uncle hit on her fiancée at a family event in the past:

My wedding was a few months ago, and I deliberately didn't invite my uncle. He'd hit on my wife in a really weird way at a family event that year. (My wife and I are both women for the record)

So she was shocked when he showed up at the wedding:

And on my wedding day, there he is... I guess his brothers invited him along?

She deputized a friend to deal with it:

One of my friends is a total firecracker, she's brave as anything and not afraid to say what's on her mind. She and two other friends of mine were my bridesmaids and I was telling them about my uncle having shown up, before the ceremony.

She asked what I wanted them to do, they could kick him out, they could ignore him, or anything in between. I said that getting him out would be great. She asked if it would bother me if she drew attention to the whole mess. I said no.