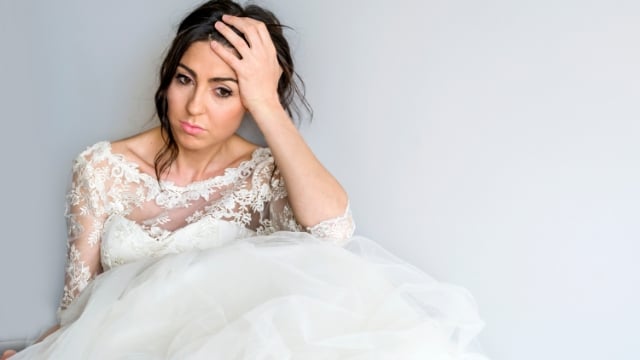 Jilted bride asks if it's okay to cancel wedding venue now that her sister wants to use it.

Families are all about sharing and caring, right?

Not when it comes to weddings.

One woman is asking Reddit for advice after her family went a little too heavy on the sharing and light on the caring in the wake of her broken engagement.

The woman recently ended her engagement at the 11th hour — and her sister wants to just slot herself into the existing wedding plans. The OG bride's now wondering if it would be rude to call around and cancel all the plans so that her sister can't do this.

The drama started when she caught her former fiancé cheating:

I was meant to get married on the 1st of February, which was mine and my ex-fiance's anniversary. We ended the engagement shortly after the new year because he cheated on me. The wedding was initially planned with just my money but was very low key, and my parents asked if they could put up some additional money to make the whole thing a bit bigger. By the end about 60% of the wedding was paid for by me and 40% my parent's contribution. My ex and I had agreed that I would pay for the wedding while he covered the honeymoon.