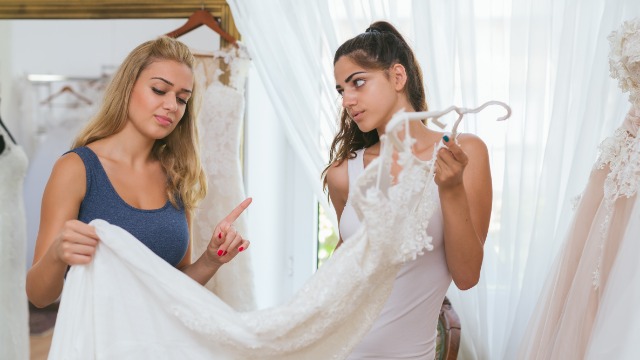 Bride asks if it's wrong not to let friend be her maid of honor due to childhood argument.

Emotions can run high when it comes to wedding planning, and one bride is thinking of snubbing a potential maid of honor due to a childhood argument.

The bride took to Reddit to ask for advice. Her friend is expecting to be named maid of honor at her wedding, but the bride isn't into it anymore. And it's all because of a dispute from when they were seven.

The bride says she and her friends assigned each other's maids of honor when they were teens.

Next year I (f23) will be marrying my future husband (m26). I have had the same group of best friends since we were all four years old. When we were in our early teens we made a circle system so that we would all each get the opportunity to be maids of honour at one of our weddings. This friend, lets call her Grace was assigned to me.

She loves the friend who was assigned to her — but she can't get over something that happened when they were little.

I love Grace to absolute death. She lost her dad as a child and has been through a lot of mental health issues over the last decade, but I cant help but have a massive grudge against her because of something that happened when we were 7. I don't remember all the details but in short she told a teacher I was bullying her, and I got a massive scolding from my dad, I had never seen him more angry. She claims to have absolutely no recollection of this, and says that even if it did happen i should excuse it because a) it was 16 years ago and b) only a month after her dad died and she was going through a lot.