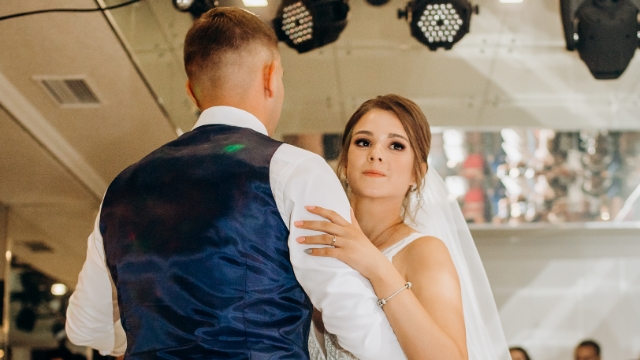 Bride asks if she was wrong for stopping proposal at her wedding reception.

It seems like straight men are in a race to the bottom when it comes to who can execute the laziest marriage proposal. But one recent story shows that their loved ones are fighting back.

A woman recently asked for advice on Reddit after she thwarted a proposal at her own wedding. Basically, her cousin's boyfriend was about to propose to her cousin at this woman's wedding reception. Most decent people realize this is a huge no-no. And the bride stepped in to make it stop.

The couple ended up getting engaged later that night — and now they're planning their wedding for the bride's one-year wedding anniversary.

Now, the bride is asking the question: "Am I the a-hole for not allowing someone to propose during my wedding reception and for planning on not going to their wedding?"

The bride had a "fairly decent sized wedding," attended by her step-dad's side of the family, which included the offending cousin and her boyfriend:

My cousin (on my stepdads side - we are not close whatsoever) and her boyfriend have only been dating not even 6 months at this point. I’ve met the guy once before my wedding and he never shows up to any family functions. We’re all having a great time at my wedding. My husband and I are mingling with guest while everyone dances.