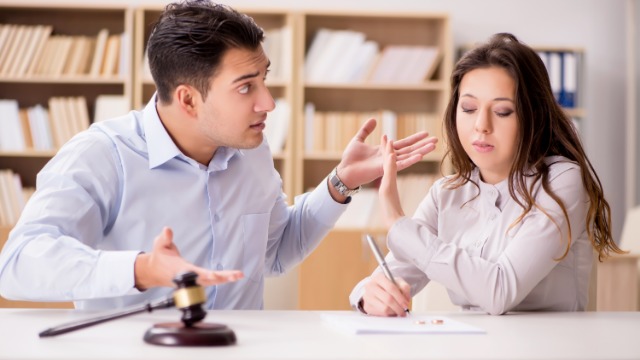 19 divorce lawyers share the most outrageous reasons clients gave for leaving a marriage.

Sometimes, despite both parties' best efforts, a marriage just doesn't work out.

While infidelity, money troubles and growing apart are some of the more well-known reasons for divorce, sometimes, people leave a marriage for reasons that are totally out of left field.

A recent Reddit thread asked divorce lawyers to share the most outrageous reasons their clients gave them for exiting a marriage. The responses show that no two relationships are the same.

To avoid prison. Guy came in saying he was going to be indicted for many things (the list would have been impressive if it wasn't also sickening). So, he wanted to marry his accomplice because he saw on TV that your spouse can't testify against you without your permission and the accomplice had cut a deal. He just needed to get this pesky marriage to his current wife dissolved. - idliketosmitepls

2. Imagine being this popular.

Guy came in and wanted to divorce his wife because he found out that she was still married to some other guy. He then asked me if he needed to tell his “other wife” that he was married to this wife.

This was a free legal clinic and everyone was homeless. - prntoomuch