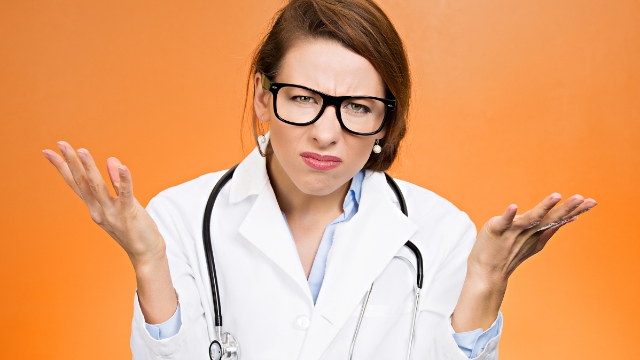 17 times doctors didn't believe their patients' medical claims but they turned out to be true.

Doctors see a lot of crazy things — but even they can't believe what their patients say sometimes.

A recent Reddit post asked doctors to share "the strangest thing a patient said they had that actually turned out to be true." From celebrity encounters to murderous neighbors, it's safe to say doctors are rarely bored.

1. This patient's tall tale about soccer stardom turned out to be pretty legit.

Worked on the Ambulances for a stint when I was fresh out of Uni. One day I was transferring to another county with an elderly patient with such severe dementia he didn't remember his own wife, or even his name.

The whole ride there, he was happily chatting away, telling me that he was an ex-international footballer, about his big victories and how he owned a business with David Beckham, mixed in with other psychedelic nonsense. I just kept asking him questions to keep him occupied and chatting, but in my head I was thinking it was just a funny side effect of his Dementia.