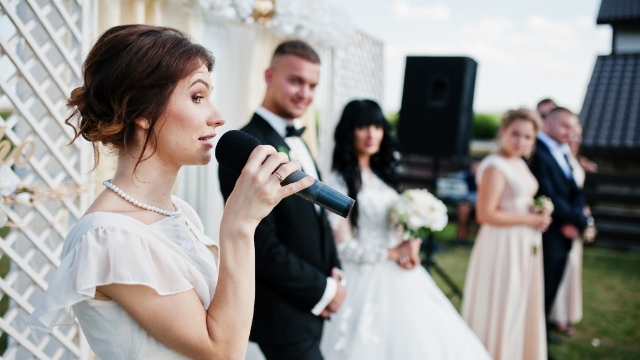 Guy asks if it was wrong to call in-laws 'rednecks' when they laughed at maid of honor's speech.

An outspoken brother-of-the-bride is in hot water after he tussled with his in-laws over their laughter during wedding reception speeches.

He posted on Reddit to ask whether he went too far in calling his future in-laws "rednecks" and "bumpkins" after they laughed so hard at his girlfriend's speech, he thought it went into heckling territory.

He outlines the cultural differences between the two families from the beginning:

This past weekend I (31 M) was at my sister's wedding. To preface, her husband's family comes from a very rural, backwoods part of a southern state, whereas my family is more of a northeastern city area near NYC. So there is a bit of a culture clash that I am taking into account.

His sister was the bride, and his girlfriend was her maid of honor:

She starts the speech and is visibly nervous as her voice shakes a little. My side of the family is quiet but a couple of people from the groom's family shout out "no need to be nervous, we're all friends here!" I wanted no one to interrupt but that wasn't a big deal.